Now, what keeps sticking in my craw is the idea that our leaders don’t trust us to be able to think in terms of risks/benefits in analyzing what the next steps should be and what first steps should have been. 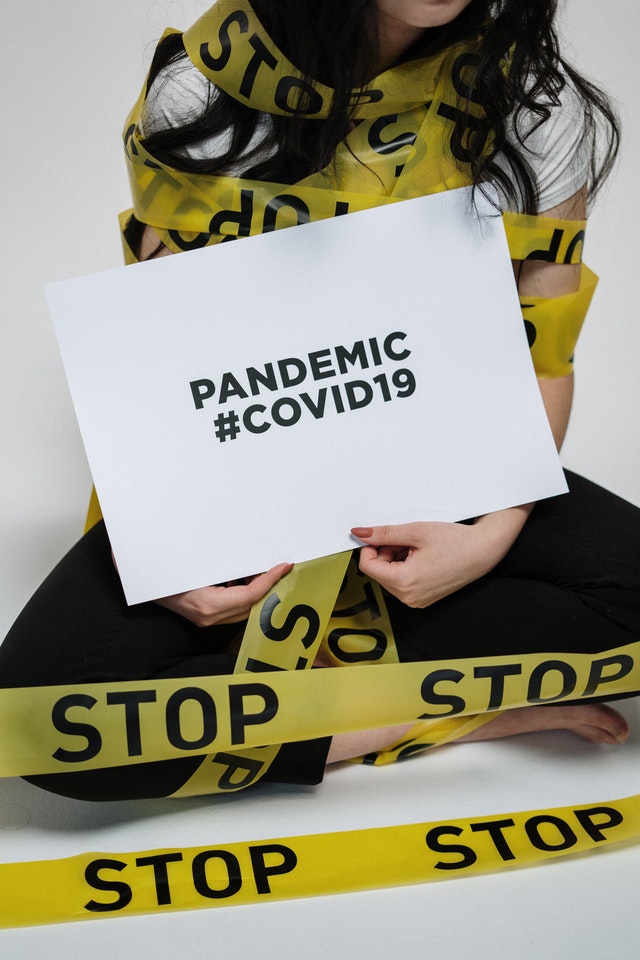 For my first post to this new blog, I’ve chosen the subject of our national response to the current COVID-19 pandemic. I’ve been uneasy about the handling of this crisis from the very beginning, but there is so much that is unknown, and so much of what is known that is difficult to understand. And that is complicated by the fact that experts abound who will tell us what is happening and how we should, even must, respond. And who am I to question the experts.

But right-minded skepticism can be healthy in the public arena when so much is at stake; specifically, the lives of so many citizens, especially the elderly and physically vulnerable, the economic wellbeing of an entire nation and world, the liberties our forefathers wrote into the constitution and too many thousands of our brave have died to defend, the retirement incomes, not of the rich, but of the middle class, the jobs of millions, many of whom go paycheck to paycheck even in the good economy that preceded the coronavirus and was stolen by it, and so much more.

To complicate matters even more, as a follower of JesusChrist I am compelled, as much as is possible, to consider even this issue from the perspective of a Christian Worldview, and in light of my commitment to Jesus as Lord. That said, often it is not as easily done as it is said.

So, my thoughts and concerns regarding the past 6 weeks find partial expression in this post.

I should say upfront that I have determined that the correct action for me as a Christian at this current moment, given our circumstances and the limited amount of knowledge that I have, is to obey the civil authorities; first, because they are the civil authorities and there is a biblical mandate to do so, and second because I am not sure that another course of action is better.

But I must admit that I have a lot of concerns and questions about the way it has been handled from the word go; and I’m hoping there is a rigorous discussion, if not now, then after the current threat has passed. My biggest complaint so far is that this discussion is just now getting started; at least in the public’s hearing. I have been relieved to finally begin seeing in print and hearing over the airwaves, some critical thinking about the actions that have been taken.

Additionally, the presumption that the number of lives saved, in this moment, is not only the most important consideration, but the only consideration. I realize that for a Christian to question this presumption seems counter-intuitive and in a later post I would like to address that issue more directly; suffice it to say that i do question that presumption which trumps all other considerations.

I heard Governor Cuomo say, and please know I respect how he has handled the crisis for New Yorkers, that if his restrictions save just one life then they, i.e. his imposed restrictions, are worth it. Now I believe he means that in some sort of way; but I also believe he is smart enough to know that that isn’t strictly true. For if the saving of even one life was the exclusive concern for his role as Governor he would immediately lower the speed limit on all highways to below 40 miles per hour. Doing so would save thousands of lives each year in our country and hundreds in his state. Over the years those lives mount up. I appreciate a cars.com article from a year ago which poses the reality of such things with this article title, “Higher Speed Limits or Fewer Deaths? The Choice Is Yours, Study Shows.” Hmm! The choice is ours; provocative thought.  My son, Andy, knowing my concerns in this regard, referred me to a recent article in the New York Sun, by Edward Lampert, which makes the same point and that much better than I would be able to.

The point here is that we already have negotiated away the lives of thousands of people each year so that we, as individuals, and the products and goods that we want to buy, are allowed faster transport. Yet this isn’t even a matter for discussion, by and large. We see the speed limit signs and drive, at least, up to the allowed limit, no matter the consequences.

Now, as a Christian, if the only factor I have to consider is physical life and death of fellow human beings, I would be compelled to drive less than 40 miles per hour each and every time I drive, no matter how high the allowed maximum speed.  However, I do often drive up to the allowed speed limit, and I don’t know of any professed follower of Jesus who lives, and drives, by such a conviction.  Why not, we might ask. Well, perhaps it never occurred to us that we have any personal responsibility in this matter. Or maybe, we have thought about it and have decided that there is a social contract, of sorts, that says we all get to drive fast on our highways, knowing that more people will die as a result and it might be ourselves or someone we love. Or, to make matters even more complicated, we may have a world view which informs us of the dignity of all human life, but at the same time reminds us that physical death doesn’t have to be the worse thing that could happen to us because of God’s grace in providing a heavenly home, a better existence than we can presently even imagine. But, this just scratches the surface. The point is there is risk-taking involved in how fast we drive that we may have never considered.

The fact is, we take risks every day in just about everything we do. When we have a medical procedure we are told about the things that could possibly go wrong, but usually we decide to take the risk and have the procedure. When we put our money in a mutual fund, we know that we could lose every cent, but normally we take the risk. When we walk across the street, we take a risk that a car could come from nowhere and mow us down, but we usually cross the street, having taken the precautions of looking both ways and crossing at a light controlled intersection. When we drive at 60 miles an hour, we know that there is a risk involved, but we determine that the benefit we will derive by getting where we want to go more quickly is worth the risk. Furthermore, we know that everyone else is making the same calculation or else they wouldn’t be on the highway driving 60 miles an hour as well.

Now, what keeps sticking in my craw is the idea that our leaders don’t trust us to be able to think in terms of risks/benefits in analyzing what the next steps should be and what first steps should have been. They tell us how complex the COVID-19 issue is with discussion about infection rates, ever-changing death rates, testing difficulties, strains on our medical system, infection spikes, delay in developing a vaccine, flattening the curve, regional differences in the timing and rates of disease spread, and on and on. But what isn’t complex, we have been led to believe, is the fact that the answer, for now, is radical social distancing. Our leaders deal with the mind-boggling complexity, make a pronouncement concerning what is in our best interests, and tell us the answer to all this complexity is quite simple; follow our leaders’ orders to practice radical social distancing no matter what or how large the costs. It’s that simple.

I think a big part of the problem is that the doctors, especially the epidemiologists, are the ones who are running the country right now, rather than merely adding their expertise to the discussions. And we are left thinking, just as they want us to think, “this is not only the best way to handle this COVID-19 problem, it is the only way.” Of course, doctors judge their success, and reputations, only by medical metrics, i.e. how many infected, how many treated, how many died; so if they are running things, other questions are deemed superfluous. Neither Dr. Fauci nor any other consulting doctors want to be seen as having presided over the largest number of deaths to one cause in such a short amount of time; so restrict, restrict, restrict is their answer. And to make matters worse, our leaders may see a distinct and daunting political disadvantage if they were to spurn the strictest advice of the scientists. We must, at least, ask, given the possible motivations of the doctors and political leaders, whether other actions exist which may be better for the short and mid-term consideration of the overall wellbeing of our country and the American people. We would benefit from being a part of the conversation of the risk/benefit ratio of various plans going forward.

This is just the beginning of the concerns that I have, as a Christian who recognizes my God-given call to honor those whom He has placed in authority over me, but who, so very gratefully, lives in a democratic republic with a Constitution, and a Bill of Rights to boot.

Other issues include, but certainly are not limited to:

Questions… ideas… concerns…. That’s all I have. While I ponder, I obey, but I can’t help but wonder if, when I look back through the retrospectoscope ten years from now, I will wish that I had found a way, in a manner that is proper for a Christian, to resist what the decisions that our leaders have made for us today?  Only time will tell.

(I realize that only a few people will see this blog post, maybe only family. But I invite dialogue. Differences of opinions are not only healthy but essential. My only request is that we address the ideas, not attack a person. be it the author or others who care enough to comment. Passionate responses to this kind of topic are to be expected, but the passion doesn’t have to be hate or disgust. It can be sorrow, concern, excitement, appreciation, and such. Comments will only be moderated for the purpose of factoring out the meanness and hatefulness, we’ve seen and heard so much of recently.

Credit: Photo by cottonbro from Pexels

Former pastor of a baptist church in a small town. Wonderful wife and four kids, 1 of the male persuasion and 3 of the female, aged 19 - 27. View all posts by greg g bruce